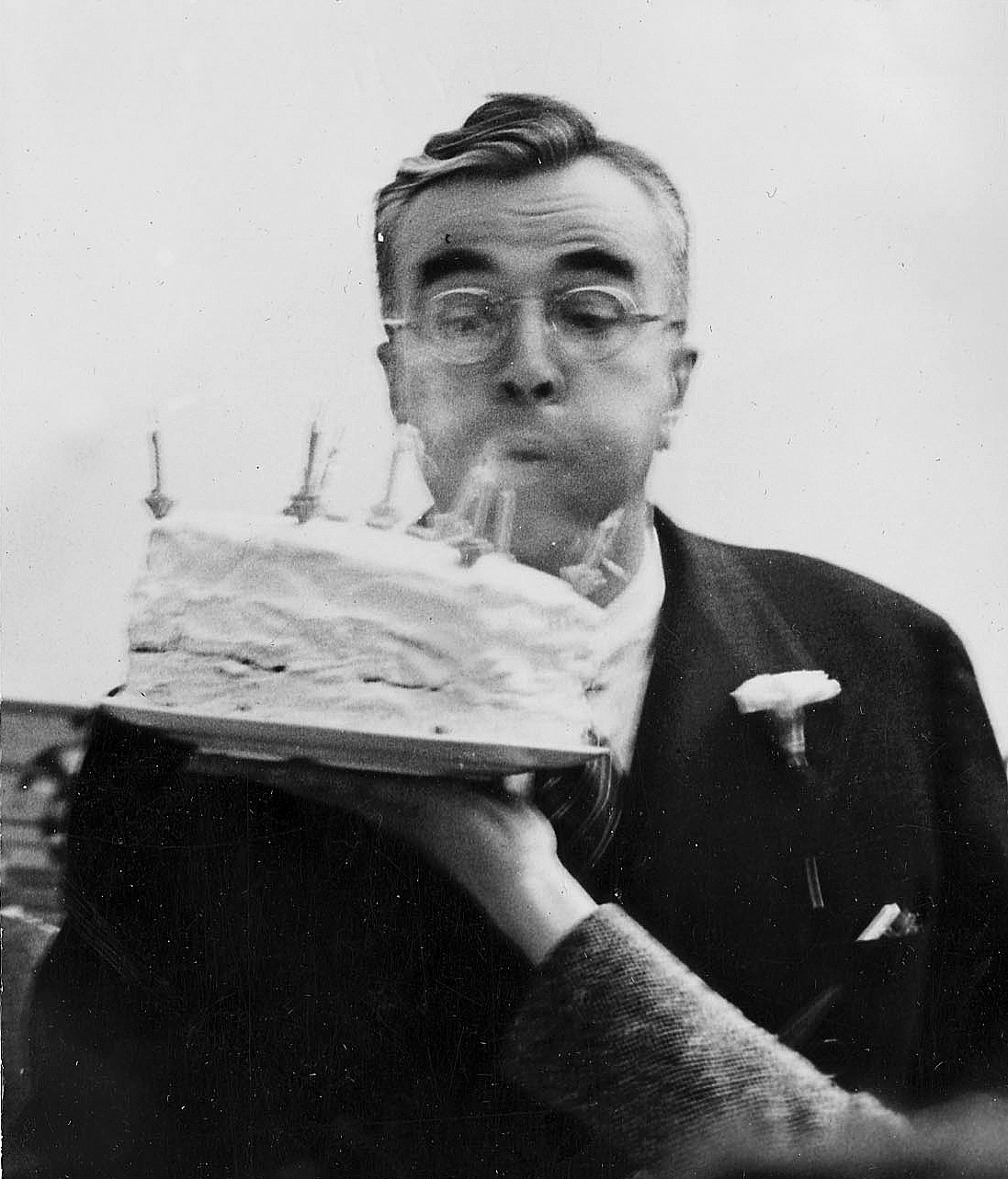 The Brooklyn College Country Fair was initiated by Dean Adele Bildersee in 1938. A historical note about the fair describes how Dr. Harry D. Gideonse,  president at Brooklyn College from 1939 to 1966 annually would be photographed cutting the ‘birthday’ cake for the college (the fair was a defacto anniversary celebration of the college’s founding). This was the only photo I found in the Brooklyn College D-Space collection of President Gideonse blowing out the candles.

For the next few days, I plan to feature some of the amazingly interesting photos of the fair – which happened annually. The fair thrived through the 40s-60s, had a decade stoppage in the 70s (due to student unrest and disinterest), and then was discontinued again in the 90s. Through the years, the fair (and the student body) transforms dramatically reflecting changes in the culture and community around it.

Yesterday’s photo of a giant Playboy Bunny in front of the Playboy Club booth in 1966 fair was actually the first post in this series.