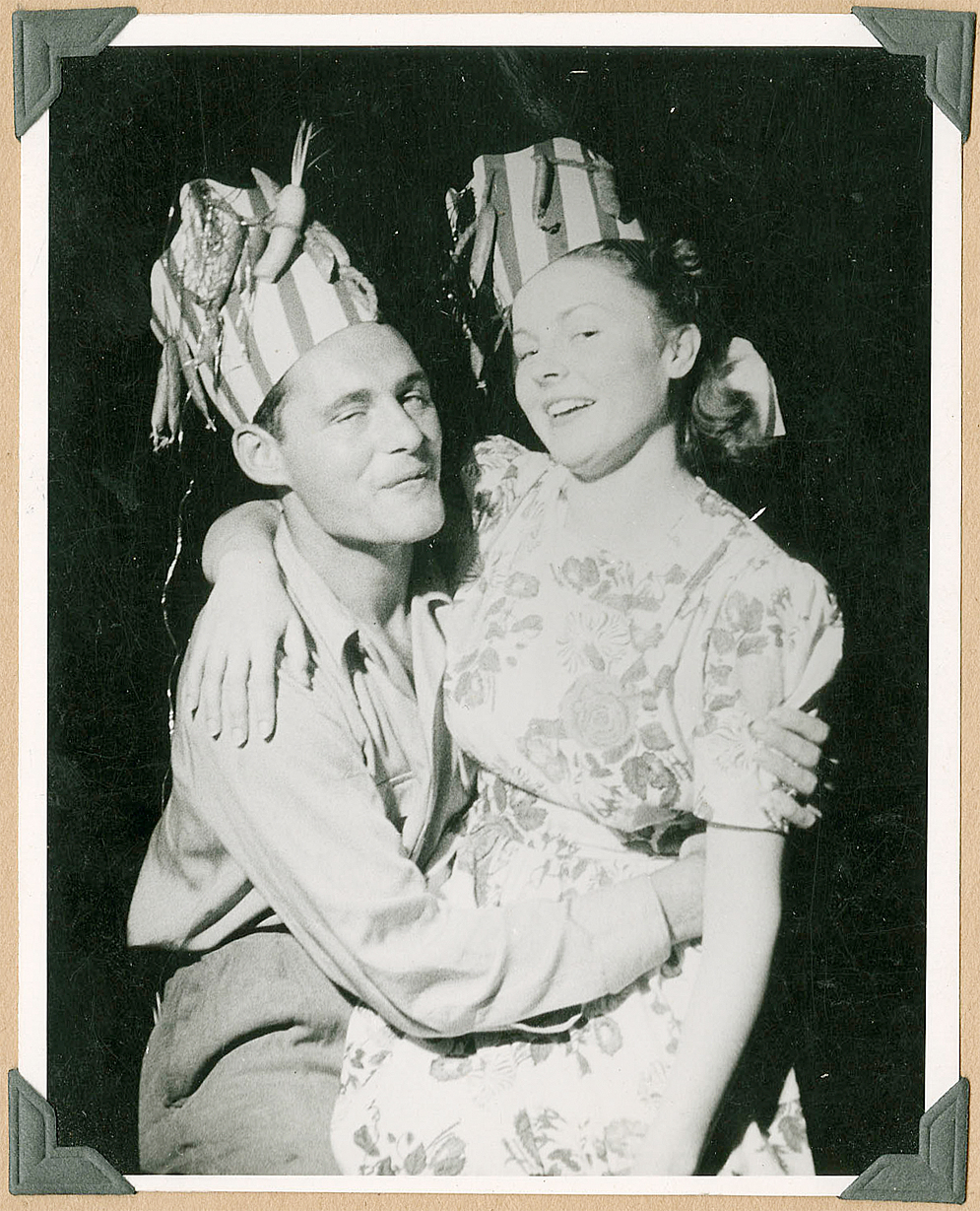 ‘Butch’ Landesman and Jeannie Roberts were the King and Queen of the Brooklyn Country Fair in 1941. Butch’s gesture of tossing a handful of posies to the audience was apparently quite the show stopper according the May 9, 1941 issue of the Brooklyn College Vanguard. This same issue of the Vanguard which describes ‘Her Majesty – lovely, curvaceous Jeannie’ has a number of articles debating the expulsion of faculty believed to be communists – United We Stand, Yellow Journalism, and Prexy Defends Procedure Of Board Of Higher Ed. What an unusual time at Brooklyn College.